Ending cycles of self-sabotage.  Becoming a better partner.  Ending the pain of betrayal and the guilt of deceit.  This group is ideal for the betraying partner in a committed relationship, a Cis male only group(a person who was assigned male at birth and whose gender identity is male). The group is binary in sexual preference, and deals with men who have issues with infidelity as the betraying partner will find this group instructive and engaging toward a path to healing and recovery in their primary relationship.  Additionally, others interested in deep, focused relationship coaching with an emphasis on infidelity will benefit from the tools, techniques, and discussions.

Coach Don: Hello, World. I’m Don West, Jr., and I’m a certified peer specialist (“CPS”) and I’m also the founder of Knock Out The Stigma, Inc. (“K.O.T.S.”) and I’m the creator of the Well-Being Exchange (WBEX), and today, I’m just here to talk to the “men” out there. This is an online group for Cis men, and it’s for cheaters.  It’s a unique group.  So listen up,  did I catch your attention?  It is ideal for [any man who is struggling with infidelity in their primary relationship and desires a more harmonious bond with their partner.]  We are a binary group, it’s online. It’s for men only. It’s focused on men and it’s facilitated by me and my coaching partner, Marilyn Jhung, MSW, LCSW, C-PDS, Life Coach.  Ideal for anyone interested in intensive partnership work and relationship coaching and, and it’s really focused on people who have a background with infidelity, a problem with cheating, who want to do some intensive work, who would really like some focused direction on how to redirect their actions on how to build a better relationship. So, If you’re still here, if you’re still listening, that means you’re interested.  So, what I’m going to set up for you as a little conversation that me and Coach MJ. That’s what I call Marilyn, “Coach MJ.”  Me and Coach MJ had about this group.  So, check it out.  Hopefully, we’ll see you it’s taking place. It’s a monthly group.  It’s going to take place this Wednesday, November 18, 2020 at 7 p.m. Pacific that will be 10 p.m. Eastern. It’s a monthly group.  No commitments, come every month if you want to and the price for the group is a ($110.00) hundred and ten dollars and there’s more information on the Well-Being EXchange. If you go to “Events” [on the left-hand side of our website], it’s right there on the side. So check it out. I’m Don West, Jr., a personal invitation.  Here’s a conversation that me and Coach MJ had if you’re still listening if you have a problem with infidelity, and you’re interested in putting in the effort and the work this group is for you. Hope to see you Wednesday at 7 p.m.  Namaste.

Coach Don: The following is a brief-behind- the scenes conversation between coach MJ and Coach Don discussing the logistics of their upcoming online men’s infidelity and intensive relationship coaching group.

Coach Don: For the man who is the cheater.

Coach MJ:  …but then I’m touching on other things that are more general that, to know it, it just allows you to show up in another way. So, so

Coach Don: so the the best short description and communication of this group is it’s a men’s group that’s focused on infidelity or anyone else who’s interested in an intensive partnership

Coach MJ: work. Yeah. So yeah, that’s good. So the group is Online infidelity and relationship coaching group for men. I mean, that’s the official title that I have and then underneath you could save this group is ideal for anyone except going through infidelity, you know, who is the cheating partner or the betraying partner or involved partner?

Coach Don: But also for someone that may have been cheated on correct? No, no. No, this is this is for the betraying

Coach MJ: partner. This is for the betraying because there’s there’s a million girls for the Betrayed partner.

Coach Don: We thought it was important to take a break and just point out that the reason that we don’t focus on the Betrayed partner who has been hurt or injured is because that’s a special. All set off emotions and a special set of psychological terms and techniques that apply to the individual who was hurt and injured and who suffered and that particular way. This group is very focused on the other side of that pendulum, and it’s the person that did the engineering and was the perpetrator and those events and we just wanted to take a moment. And make that distinction and and we’re going to do some more content. So something in the very near future that coach MJ and I will put out will be directly speaking to the injured and betrayed party in the infidelity instance. So stay tuned.

Coach MJ: But there’s very few groups for people that cheat who are the

Coach Don: tutors. So this this this group is focused on the man and yeah and a relationship who is who is the cheater? This group is intended to be assists male-only group assist mail is a person who was assigned male at Birth and whose gender identity is male the group is binary and sexual preference and deals with men who have issues with infidelity as a betraying partner in their primary

Coach Don: so we’re binary and the preference sense. It’s a binary group, but it’s about it’s about people who are looking for intensive work and looking to to adjust and correct the behavior.

Coach MJ: Yeah be a better partner. Yeah, so so they’re they’re the they’re the involved or cheating. I don’t know. I like, you know, sometimes when you say cheaters it immediately got theirs.

Coach MJ: like cheaters support greater. Yeah, and I’m that person and you know, it’s you make it very clear. What it is is like that’s me this for me like that just like hands go up like sexual. It was you know people that are you know that been deemed as a rape a rapist or the perpetrator. There’s no support groups for the perpetrator because they’re the bad guys very far

Coach Don: few and cheaters have that same Badge of Distinction

Coach Don: that stick. Emma and move past that

Coach MJ: yeah, so right now it’s for men because it’s been primarily men. I mean that I’ve been doing so that’s why but there are at some point I want to do it just for women because that’s a very Niche there women who are the cheaters.

Coach Don: Well that had a very cool offering as well. So that’ll

Coach MJ: be cool. But I like to Write them because it’s very distinct.

Coach MJ: men and relationship coaching group. And it’s this group is ideal for partners who? Who have been who who are the involve betraying partner? However, you want to say it. I mean,

Coach Don: I wish I could get the rights to

Coach Don: to people because people like to be talked to in

Coach MJ: Plain and simple English and vibrant but it just stands out like there’s no qualms like it just like wow, they actually said it. Yeah, we said it you could say yeah, we said it that’s you. You said it you heard it. There it is. Now, you know,

Coach Don: okay. So we’re going to do that. I’ll put all the stuff together and I’ll get it out there the world being exchanged. It’s a place to connect. And Empower your own well-being with peer support

Coach Don: practitioners You Are Not Alone. Knock Out The Stigma, Inc. (“K.O.T.S.”) is a 501c3 California not-for-profit public benefit Corporation committed to engaging educating and empowering individuals in their personal recovery journeys and increasing mental health awareness through our growing community of peer support specialists, therapists and other well-being practitioners and Recovery Coaches and Mentors. Always Remember You Are Not Alone.

Don West, Jr. is a corporate mystic who enjoys a delectable meal and a stiff Manhattan. Intrigued by the subjects of legacy and success he makes time to explore both. An entrepreneur at heart he thrives on helping individuals and entities grow and transform. He lives in Los Angeles with his wife Kay and their adorable little Pekingese - Duchess. View all posts by donwestjr 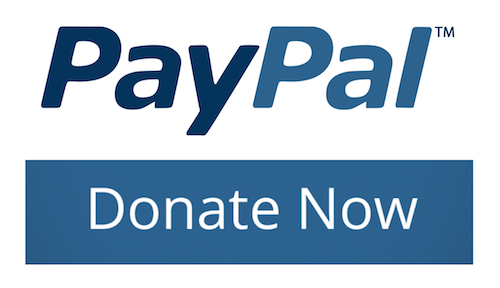